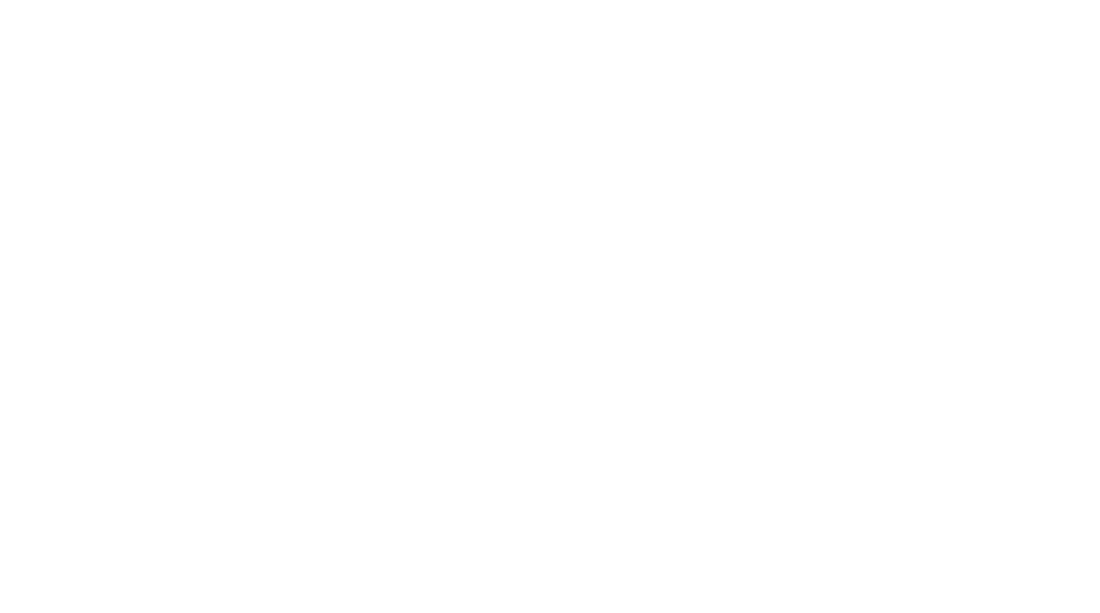 I was raised in the Midwest – born in Fort Wayne, Indiana but quickly transplanted to Rockford, Illinois where my father had grown up and I spent my grade school years there. My parents divorced when I was about two years old, and as a result I lived part of the time with my paternal grandmother and part of the time with my mom. This was pretty much the case until third grade, when I started living mostly full-time with my Mom and stepdad even though my biological father had legal custody. When I was 12 my mom sued for parental custody. Because a child could choose who they preferred to live with at age 12, I was called into the judge’s chambers and forced to decide between my parents. I chose my mom. My father’s reaction was ugly, and he responded by reflecting the rejection he felt back onto me and basically wrote me off. After that we moved to Rhode Island where I went to junior high school. I saw my dad just once a year.

We moved back to Indiana just before high school. I had a happy and normal high school career and graduated from Fort Wayne High School. I then attended a regional campus of Indiana University, but I quit my junior year to move to Dallas and never finished college. The fact that I didn’t earn a degree has always bothered me. I felt “less than” until the early 2000s when I went back to school for a time and recognized that I was as smart and qualified as anyone there, and I resolved that having a degree was inconsequential. In the late ‘70s I was offered a job at IBM. This time in my life holds much significance, because being accepted into the IBM family gave me back the pride and validation that not having a degree had stolen from me. Even more profoundly, I also gave my life to Christ in 1978.

I got married when I was 28 years old and we were blessed with three beautiful children. I learned in the first few years of our marriage that I couldn’t trust my ex-wife with my feelings, so I stuffed them deep inside. I tried to become who she wanted me to be. Looking back, I don’t think that there was a huge difference between who I thought she needed, and who I needed to be to keep the peace. My wife and I divorced after 24 years, and after grieving I realized that John had gotten lost somewhere along the way. I didn’t know who I was anymore. I felt as though I had failed as a husband, as a father, and as a Christian. When I moved back to Dallas in 2004 I was broken and struggling to regain any sense of self-identity. I realized for the first time that many of my issues stemmed from the self-defeating games that monopolized my behavior. The unhealthy coping mechanisms I learned and developed over the years kept me shackled from really experiencing life to the fullest.

Upon moving to Dallas I became friends with a group of people who had all gone to Pathways. The mother of one of those folks asked me if “I loved myself.” After some thought I said, “no.” Her son-in-law, Michael Wimmer, reluctantly started Pathways. I went to his turn-around and when he saw me there he said, “YOU need to do this. You’ll get it.” I wasn’t sure what he meant, but over the following months I watched him transform from a reluctant participant to an evangelist for the program. After witnessing him completely change his outlook and his trajectory in life, I agreed to attend and he became my sponsor. I threw myself into my training, during which I was entrusted with the privilege of serving as LGL for class 244, and I was chosen to receive the Dr. Joe McGraw Award at my graduation in July 2007.

After my training I finally had hope that I’d never had before. I finally understood that I wasn’t condemned to making the same dumb choices I had made in the past. I powerfully realized that I had the capacity to make different choices. I didn’t have to continue operating with the dream-killing habits I had developed. I also discovered that living the training was going to be much harder than I thought, and that I would need to put effort into holding onto the life I wanted for myself. Most importantly, I learned that “I am a good, worthy, lovable man.”

Unfortunately, I didn’t stay connected to my class and by January of 2008 I had pretty much given my training away and was back to square one. I believe that God, knowing I needed a revival in my heart, gave me a precious gift when I was afforded the opportunity to sponsor in late 2008, which allowed me to begin volunteering in 2009. As I began to intern and eventually TA, I was able to reconcile the loss of connection with my classmates by establishing strong bonds with the other team members. I became a Team Captain in February of 2011 and in the summer of 2013 I was asked to consider facilitating. I’m truly honored to have served as a P2 facilitator for the last four years. To this day, one of the greatest gifts I’ve received from volunteering is the core nucleus of powerful, healthy individuals that I have built up while serving in the rooms. At the center of that core nucleus is my beautiful wife Lora, who was moved profoundly and changed exponentially by her training. I’m so grateful that we have this shared experience and that we have an abundance of tools from which to draw so that we can keep our relationship strong and thriving.

My heart is forever changed by the gifts I received in the training, maybe most profoundly in that I’m able to love myself while at the same time acknowledging that I’m not perfect. I accept that I have flaws, and there will always be issues I need to work on and areas in which I can do better, but that is okay. The training and the loving support from my wife Lora have allowed me to be myself. I don’t have to be who I think others want me to be. I’m able to be myself, and there is such freedom in being able to be yourself. The question that still stands out in my mind as the catalyst that propelled me into the training was, “John, do you love yourself?” My honest, thoughtful answer at the time was “no.” Within the training I was able to accept who I am designed to be, and I was able to forgive myself and show myself grace. When you can love yourself you can accept the love and admiration from others. You can accept a compliment without deflecting. When your own needs are being met you can achieve a balance of reciprocity that allows you to freely give that love to others. Life is difficult. There will be setbacks and failures, but I now have a strength and belief in myself I didn’t have before. I’m comfortable and confident about who I am. When I graduated Pathways, I was 56 years old. I felt then, and still feel now, that the best, most productive, and happiest years of my life are ahead of me.

To me there is a clear spiritual dimension to Pathways. When you can love yourself, you are free to accept the love of God. When God’s love is pouring into your heart you can meet others where they are and love them unconditionally. Only in God’s plan can you let Him love you to overflowing so that you can then try to empty yourself by pouring love into others; all the while He is filling you back up beyond where you were to begin with!

I am often asked why I facilitate and what I get out of it. When I first walk to the front of the room on Friday night of P2, and turn and face the class, I say to myself, “When I am weak to be a good facilitator, You (My Lord) are strong.” I do this intentionally to ensure that “John’s ego” isn’t driving the class. I want to be a conduit for God to speak and minister to the trainees. At least once during a training weekend God will put something into my spirit – a question to ask, or maybe a less-than-obvious observation. When I ask the trainee “the question” I see the look in their eyes that says, “How did he know to ask me that question?” Only God can connect the dots like that. When you know that you have impacted someone’s life, that God spoke through you to touch another person, that He demonstrated His love for them through you… it’s an experience that is beyond comprehension. My heart is always full when I leave P2. I have blessed others and been blessed in the process.

I went to Step Beyond as a trainee in 2009 and since then I have served as a TA and TC several times. My covenant is, “walking in the Lord’s Power and freedom.” When I received my covenant, I wasn’t walking in His power and freedom. Over the last eight years the Lord has manifested my covenant in my life. Today I truly am walking in His “power.” He has shown me through multiple avenues that His power and the freedom that comes from serving the living God is available to all, no matter what our circumstances. I’m now keenly aware of His grace – that His grace provides a life that is truly amazing. God is for us!

My spiritual journey over the last several years has completely changed my life. I’ve been a believer in Christ for almost 39 years. From many people’s perspective I presented as a devoted follower throughout those four decades, but over the last five years the Lord has dynamically shown me the totality of His grace. He continues to build my faith. I am seeing more and more of His power and love in my life. A scripture that a friend showed me has completely changed my life. 1 John 4:17 “As He is, so are we in the earth.” If you understand where Christ is, He is seated at the right hand of God the Father. He is in glory. He is our high priest. He is not sick, He is not frightened, He isn’t worried. He is full-on God! We are not deity, but all the blessings of Abraham are ours because of Him and His sacrifice! That verse gives me full assurance that as a child of God I am heir to the best this earthly life has to offer, and that I can confidently pursue my dreams without fear.

Who I am today can be traced back to my training. When I began to love myself I could finally accept God’s unconditional love. When I truly forgave myself, I could truly accept God’s forgiveness. Today I no longer feel unworthy to go to my Father for help in every area of my life. I can’t imagine life without God’s daily guidance and ever-presence. Everything is driven by Him. He is at the center of everything I do, and I am only powerful with His anointing. Apart from Him I can do nothing! But I can do all things through Christ who strengthens me!

“I am a good, worthy, lovable man, walking in the Lord’s power and freedom.”